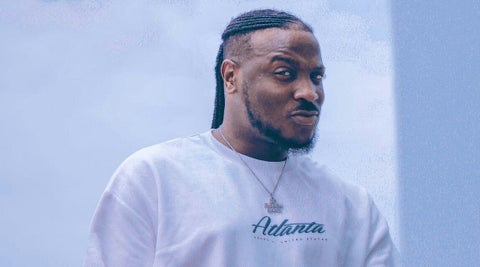 Nigerian singer and songwriter, Peruzzi, whose real name is Tobechukwu Victor Okoh, is surely fighting the battle of his life to save his career, after a Twitter user accused him of raping her in his apartment eight years ago.

The Twitter user who goes by the username, @Jayamah22, recalls how she was raped by the DMW record label signee, when she accompanied her girlfriend to the musician’s place at Victoria Island, Lagos.

According to her, her girlfriend was dating Peruzzi at the time and went to spend the night with her man. At night according to Jayamah, Peruzzi came to meet her where she was sleeping and forcefully had his way with her, despite her pleas. She claimed she could not come out to talk at that time, because she was naïve and her parents, who thought she was in school, didn’t know she was in Lagos then.

Peruzzi, who is not new to being accused of rape, as he was accused earlier this year of rape by a UK based singer, Daffy Blanco, has not really responded to this allegation, but on Wednesday, he went on Twitter and tweeted “My name is Okoh Tobechukwu, I have never and will never be a rapist.”

Will this be enough to clear him of all these rape allegations or would there be more twists to these allegations? Only time can tell.