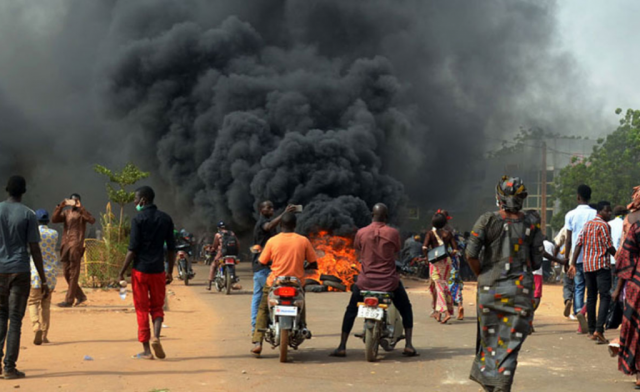 Renewed border crisis between two warring communities of Ugep in Obanliku Local Government Area of Cross River State and her counterpart, Mbakunu in Kwande area of Benue State has claimed at least three lives with over 50 inhabitants of the community wounded.

DAILY POST gathered that many houses were burnt as well as property worth millions of naira destroyed in the ensuing hostilities among the two communities.

An escapee, who gave his name as Mr. John Iorguma, said the attackers stormed the settlement in their numbers in company of people dressed in military uniform suspected to be hired Fulani mercenaries, a development, which took the inhabitants of the community unaware

According to Mr. Iorguma, pandemonium ensued when gunshots from invaders woke residents of the community from their sleep as they fled their homes fear of the unknown.

They are currently taking refuge in neighbouring communities in the state.

He said in the process, the attackers were shooting in sight and burning houses, a development which resulted in the killing of the said three persons and many other injured.

The Council Chairman of Kwande Local Government Area, Mr. Tertsuagh Yaakwan, while confirming the attack, disclosed that the dead bodies of the three victims have been deposited at the mortuary in Adikpo the council headquarters while survivors who were badly wounded were evacuated and being treated of multiple injuries at the BSU Teaching Hospital.

Mr. Yaakwan, who lamented that the border crises had lingered over the years with negative effects on both communities, called for a ceasefire.

He also made a passionate appeal to federal government to implement the decision of the national boundaries commission concerning the two parties with a view to finding a lasting solution.

He implored the State Emergency Management Agency (SEMA) to provide relief materials to those displaced as result of the attack so as to cushion the effect on the victims.

When contacted the Police Public relations officer (PPRO) of Benue Command, DSP Sewuese Anene, confirmed the incident and further informed that the CP Mukaddas Garba has drafted his men to scene with aim of maintaining law and order in the disputed areas.