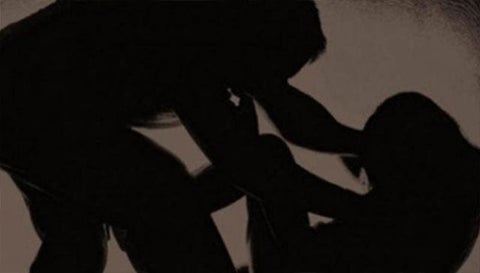 This may as well be a season of rape in Nigeria. A nation, still coming to terms with eight rape cases in a row, recorded two more incidents, yesterday, after a 13-year-old girl was allegedly gang-raped in Kaduna and another, 12 years, sexually assaulted in Otukpo, Benue State.

Four men were fingered in the Kaduna assault.

The assailants reportedly drugged their victim before raping and dumping her in a car parked outside her home in the Kaduna State capital.

The teenager, according to Kaduna State Ministry of Human Services and Social Department, was receiving treatment in a hospital.

In the Otukpo episode, the suspect, 42, was said to be on the run.

Before yesterday’s incidents, serial rape cases had been recorded of late in the country with the most talked about being the one involving Vera Uwaila Omazuwa, a 22-year-old microbiology student at University of Benin, who had gone to read in a church in Benin-City last Sunday.

Attackers grabbed her, gang-raped her before fatally injuring her.

Uwa was rushed to hospital after a guard found her at the scene of attack. She died.

Listing recent rape cases, numbering six of late, a gender activist, Mrs. Bisi Adeleye-Fayemi, who is also the First Lady of Ekiti State, said in a contribution for Sunday Vanguard:

“We were trying to understand what had happened with poor Uwa when we heard of an 11-year-old in Jigawa State who was raped by 11 men.

At the same time, a 15-year-old boy in Ekiti State is in detention for allegedly raping a three-year-old and two monsters are also in detention for raping a 17-year-old hawker. Then we heard of Barakat Bello who was raped and stabbed to death in Ibadan, Oyo State”, Adeleye-Fayemi narrated.

The seventh incident was allegedly recorded in Lagos where four masked men reportedly raped a 12-year-old girl while a man, 25, allegedly raped an 85-year-old grandma in Niger State.

In yesterday’s incident in Kaduna, it was learnt that the four assailants drugged the girl and, after gang-raping her, dumped her in a car parked outside her home.

Kaduna State Ministry of Human Services and Social Development indicated on its verified twitter handle that it was following the matter.

“The four rapists and one collaborator have since been apprehended and the case   has moved   to the State Criminal Investigation Department of the police for further investigation,” the ministry said.

After investigation, the suspects will be charged to court of competent jurisdiction.

“While the ongoing conversation on #SayNoToRapists continues in the state, the monstrous practitioners have not shown signs of slowing down”.

Suspect on the run

The suspect in the Benue episode was identified as Dennis Ojah, resident at Otada community in Otukpo Local Government Area.

Sunday Vanguard gathered that the suspect  forcefully took advantage of the teenager after beating her up.

There are different versions of what actually happened but we learnt that the suspect tricked the little girl to his house, pretending that he wanted to send her on an errand and, when she got into the house, he beat her up and and raped her, threatening to deal with her if she disclosed what happened to anybody,” a community source said.

At that point, efforts were made to locate the suspect but it was discovered that he had absconded but the matter was immediately reported to the police in Otukpo.

“After that the little girl was taken to the hospital for examination and treatment but the police are still searching for the suspect as we speak.”

When contacted, Benue State Police Public Relations Officer, Deputy Superintendent, DSP, Catherine Anene, who confirmed the development, said she was yet to receive full details of the incident, adding that the police were also yet to apprehend the suspect.

Aisha-Ummi Garba El-Rufai, UNFPA Ambassador on Fistula and wife of Governor Nasiru Ahmad El-Rufa’i of Kaduna State, has in the meantime, advocated tougher punishment for rapists.

She said everyone’s help was needed in the fight against rape .

Under our current laws, punishment for anyone found guilty of rape varies from state to state.

“Please I need everyone’s help. Unless we get the laws changed on the legal punishment for rape, sexual predators and rape perpetrators will always keep destroying people’s lives without any serious consequences,” she said.

UNICEF Ambassador for Nutrition & Breastfeeding-and Chairperson KADENAP, said on her social media account: “Heads have to roll instantly for such monsters to be repelled.

“The existing laws are such that each state is autonomous in it’s dispensation of criminal laws.

“We need to begin the unrelenting advocacy and tenacious movement for each state in Nigeria to adopt extremely harsh laws, execution and punishment for rape offenders.”

It might be difficult and slow for us to get 2/3rds of the National Assembly to vote for and pass these appropriately severe punishments into law.

Even if this happens, it remains the independent right of each state to either adopt or ignore the bill if passed – at their own pace and convenience.

“But I am hopeful that the father in every Governor, the parent in every law maker and policy influencer will support and help us protect our girls, boys and women from rape and brutal violations.”