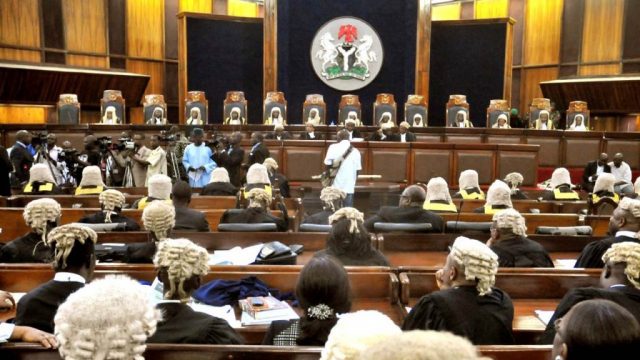 SERAP also urged the Appeal court to order the release of assets declaration of governors, their deputies, and other politicians since 1999.

The body made the call in an appeal asking the Appeal Court to vacate a judgment by Federal High Court refusing to order the Code of Conduct Bureau, CCB, to publish the assets declaration forms of those listed.

The tweet reads: “BREAKING: We’ve asked the Court of Appeal to vacate and annul the judgment of a Federal High Court which refused to order @CCBNigeria to publish details of asset declarations of President Buhari, Vice-President Osinbajo, Governors, their Deputies and other politicians since 1999.

The appeal filed last week, read: Democracy cannot flourish if governments operate in secrecy. The judge didn’t consider the African Charter and didn’t consider that the FoI Act was enacted by @nassnigeria in 2011 to grant public access to public documents by public officers.”

Justice Muslim Hassan had in May ruled that “Making asset declarations available is dependent upon terms and conditions to be proscribed by NASS, which must be specific and related to asset declaration of public officers and not legislation of general nature such as the FoI Act.”