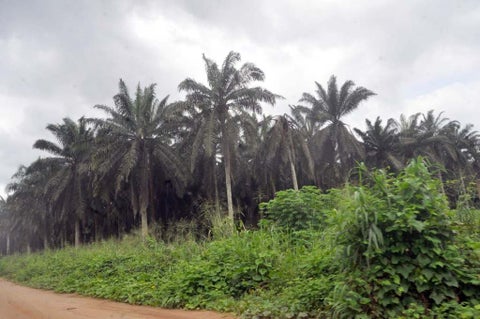 The Imo state governor, Hope Uzodinma, has signed into law a bill, Licensing and Control of Oil Mills, to checkmate the vandalisation of oil palm trees as well as to control the establishment of oil mills in Imo state.

FASTLOADED gathered in Owerri, that the governor said that the law would among other things increase the revenue of the state.

Another bill which the Uzodinma’s administration signed into law was the Autonomous Community, Traditional Rulers and Other Matters Law, which now has bestowed on the governor the power to appoint chairman, Imo state traditional rulers council, which has been the practice.

With this law, it has repealed the Community Government Council, CGC, law, initiated by former governor Rochas Okorocha, which Uzodinma, said turned traditional rulers into politicians going about campaigning for votes to be chairman of the council.

For the governor, “The bill on Licensing and Control of Oil Mills, when fully applied, will contribute in no small measure to the economic growth of Imo State. He said that the law will check vandalism of oil palm in Imo State, especially the Adapalm and its environs in Ohaji Egbema Local Government Area.

The law will checkmate the excesses of vandals who pilfer the oil palm fruits in some government-owned palm plantations. He insisted that for one to establish an Oil Mill, one must register with the Ministry of Agriculture, which will demand to know the sources of the oil palm fruits that will be milled.”

On the benefits of the law on traditional institution in Imo, the governor said: “The law is meant to repeal the draconian Community Government Council (CGC) law, which had made traditional rulers politicians in disguise, by allowing their leadership to campaign for votes to be elected as Chairman or Secretary.

“The new law which is a reference to the old tradition has vested on the Governor the right to appoint the Chairman and Secretary of Imo State Council of Traditional Rulers.

The same law makes it mandatory for every traditional ruler to live within his domain and take full control of his kingdom, those who are not prepared to do so must pass the Traditional Institution to their brothers or relations.”