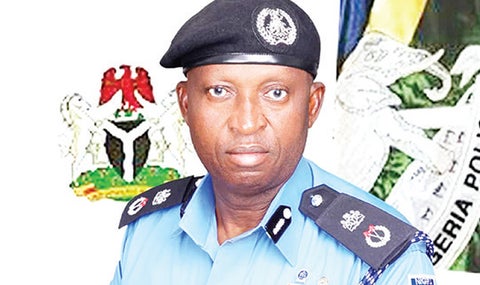 The Lagos State Police Command has announced the arrest of 185 suspected cultists, whose activities have been creating panic and threatening the safety of residents of the Ikorodu area of the state.

The state Police Public Relations Officer, Bala Elkana, said in a statement on Sunday that the suspects were arrested following the Commissioner of Police, Hakeem Odumosu’s deployment of personnel from the command’s tactical unit in the Ikorodu, Ipakodo, Igbogbo, Ibeshe, Shagamu Road and Agbowa areas, among others.

He stated that eight locally-made pistols were recovered from the cultists, adding that all the 185 suspects would be charged.

Elkana stated, “Rival cults, especially in Ikorodu, have in the last few weeks engaged themselves in a supremacy battle with resultant deaths on both sides. The CP, Hakeem Odumosu, gave operatives of the Special Strike Force clear instructions to reclaim and dominate the public spaces and ensure that no cult or gang operates in any part of the state.

The personnel have so far arrested 185 notorious cultists and recovered eight locally-made pistols and other weapons from them. The suspects confessed to belonging to the Eiye, Aiye, KK, Buccaneers and Vikings confraternities, among others.

“One Gbadamosi Mohammed, 30, suspected to be among the cultists, who killed one Madariola Sunday, at Ibeshe on May 21, 2020, was among the suspects arrested. Also arrested are Onibudo Afeex, Habeeb Isa, Felix Igwoke and Taiwo Iyanu on Femi Taiwo Street, Ikorodu. They were arrested in an uncompleted building holding a cult meeting.

“One Adeoye Daya, 25, a hitman for the Aiye Confraternity, was arrested at the Ikorodu Garage with one locally-made short gun and rounds of live cartridges. One Shodeinde Tosin, a hitman for the Eiye Confraternity in Igbogbo was also arrested with a locally-made short gun. The operations will be sustained in all parts of the state until the criminal gangs are defeated. The suspects will be charged.”

In another development, a woman, Joy Asoya, has been arrested for allegedly stabbing her neighbour, Favour Tochukwu, in the Bariga area of the state

FASTLOADED gathered that the women had a minor disagreement and Joy went into the kitchen, fetched a knife and out of annoyance stabbed the 34-year-old Favour in the back.

Elkana said the victim was rushed to hospital for treatment, adding that Joy had been arrested and would be charged.

He stated, “On May 30, 2020, around 8.15pm, the Bariga Police Station received a distress call that one Favour Tochukwu, 34, of Alhaji Alimi Street, Bariga, was assaulted and stabbed in two places in her back with a kitchen knife by her neighbour, Joy Asoya, 32, over a minor disagreement. The victim was rushed to the Lagos Island Hospital, where she was admitted.

The suspect was arrested and she confessed to the crime. The knife was recovered by detectives. Investigation is ongoing; the suspect will be charged upon the conclusion of investigation.”