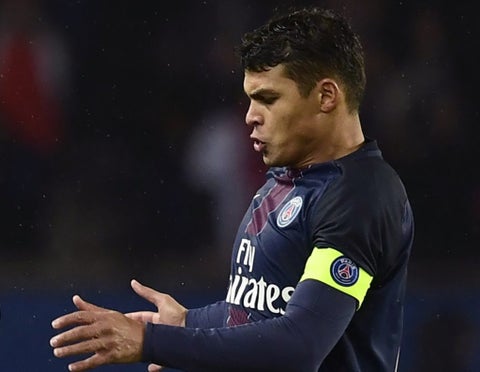 Paris Saint-Germain captain Thiago Silva will leave the French champions this summer after eight seasons with the club, according to local media reports.

The 35-year-old Brazil international will not be offered an extension to his contract beyond the end of PSG’s Champions League campaign and is said to have been informed of the decision by sporting director Leonardo.

PSG are looking to reduce their hefty wage bill with the club facing estimated losses of over 200 million euros ($226 million) after the Ligue 1 season was declared over in April due to the coronavirus pandemic.

Silva, who joined PSG from AC Milan in 2012, could return to former club Fluminense in his homeland. He was pictured on Sunday holding a Fluminense member’s card and team shirt with his name printed on the back.

PSG reached the quarter-finals of this season’s Champions League before the competition was put on hold in March. FIFA has recommended expiring contracts be extended until the end of the current campaign.

LaLiga: Abidal opens up on Messi’s future at Barcelona