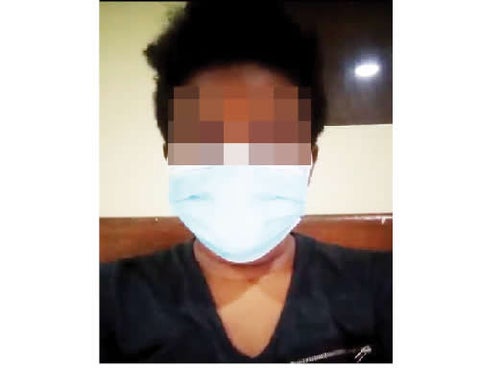 A businesswoman, who identified herself simply as Martha, has demanded explanation from the Nigeria Centre for Disease Control over her isolation at the Asokoro District Hospital, Federal Capital Territory, Abuja, despite testing negative for the COVID-19.

The 33-year-old demanded an apology from the government agency and compensation for the trauma she suffered.

Our team learnt that the Benue State indigene took ill and lost her appetite.

She was reportedly advised by her sibling, who is a medical doctor, to go for the COVID-19 test at the International Conference Centre, Abuja.

Martha told our correspondent that on May 11, she and her husband went for the test with the support of her brother.

Two days later, her husband’s result was sent via a text message.

She stated, “Throughout that day, I was worried that mine was not sent.

“The next day, my husband called the NCDC to complain. They told him that they had been trying to call me, but my line was not reachable and that they did not text people who were positive.

“My husband asked if that meant that I was positive. They told him that they would call me.”

Martha said after the conversation with her husband, several officials of the NCDC bombarded her with phone calls, demanding her house address.

She said she realised that the officials had visited her office with the intention of whisking her to the isolation centre.

The woman said due to the rate of phone calls, she conditioned her mind that she was indeed positive.

She stated, “I already had an idea from the tone of their voices what they wanted to do to me. I took my bag, arranged my house and told them not to come to my house that I would tell them where to meet me.

With all that, the calls were still coming in. In five minutes, I could get up to 20 missed calls. I met them in Asokoro and I saw several ambulances waiting for me.”

With all that, the calls were still coming in. In five minutes, I could get up to 20 missed calls. I met them in Asokoro and I saw several ambulances waiting for me.”

She said despite the assurances given to her brother that she would be taken to the Gwagwalada Hospital, where a bed space had been provided for her, a director ordered the health workers to take her to the Asokoro District Hospital as punishment for her delay.

Martha, who spoke to PUNCH Metro on her 14th day at the isolation centre, said another COVID-19 test was conducted on her two days earlier.

She said, “They came and told some people that the test result was inconclusive. I was not told anything.

By the evening, I decided to call the doctors and ask about my result. They gave excuses and later said I tested positive. I wondered how that was even possible.

“While I was angry and sat on the bed, I got a text message from the NCDC that the test I did on May 11, 2020, came back negative.

“Meaning, those people took me to the hospital though I was negative. If I am positive now as the doctors said, it means that I was infected in the isolation centre.”

Our team obtained a copy of the text.

Martha explained that when she confronted the doctors with the result sent to her, she was told that there could be a mix-up.

She said late in the night, an NCDC official called her on the phone and suggested that it could be her husband’s result that was sent to her.

“I really need to know. Is this a money-making machine? They brought me here for what? I have been treated wrongly and I need justice. People should be held accountable. They have put my health and family in danger. I have been abused. They should apologise instead of seeking to cover up their mistakes and people should be sanctioned,” the victim said.

The businesswoman also lamented alleged tribalism at the hospital, saying people from the northern region were given VIP sections.

She said patients got different kinds of nose masks based on ethnic considerations.

When contacted, the media aide to the Director-General of the NCDC, Emeka Oguanuo, said the agency did not communicate results to individuals, adding that it was the responsibility of the state epidemiology team.

Our correspondent called the number that sent the result to Martha.

As of press time, no one took the calls as the phone rang out.