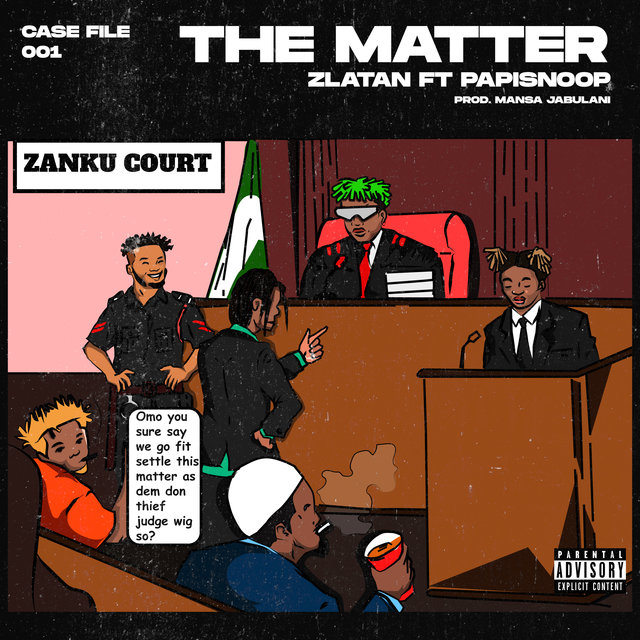 Finally the most anticipated song of 2020 “The Matter” Is Out!!! Delivered by Zlatan featuring Papisnoop.

Zlatan – “The Matter” featuring Papisnoop… Zanku master and lord of trends, ZlatanIbiletaps into the trending ‘Solve The Matter’ social trend as he hits the studio for a new banger. After recording this new banger he teased us with the snippet of the record and it became and Instant Hit! Basically everyone posted the song teaser on their timeline, they danced and vibe to the unreleased song.

After the success of the song’s snippet, Zlatan based popular Demand releases the official audio of the song “The Matter”. On the full version he unveiled Papisnoop (a member of the Zanku To The World) as a featured artiste. The production credit of this banging track that has been disturbing our speakers and social timeline goes to fast rising talented music producer- Mansa Jabulani.

The Matter” is a song that talked about the different unresolved matter/Cases brought before Zanku Court. Zlatan shared all the unsettle cases in their court, matters like; His son resembling Naira Marley, P-Square’s fight, Mercy and Tacha’s superior case, Two fathers posting one child on children’s day, Condoms seen all over NCDC isolation centers and Ankara also been seen inside an ordered Shawarma…