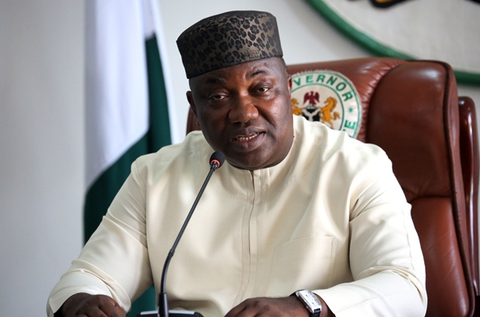 The secretary to the Local Government, Damian Eze, who confirmed the demise of his boss to The PUNCH, said he died of heart complications at an undisclosed hospital in the Enugu metropolis on Monday.

Eze, who spoke on the telephone described the incident as shocking and sad, adding that the development has thrown the council area into mourning.

Omeje was re-elected into office for the second tenure during the February 29, local government election in the state.

He was said to have taken ill some a few weeks ago and taken to the hospital where he was diagnosed with pneumonia.

This was even as his political godfather, Senator Fidelis Okoro, who died about two months ago in Abuja was yet to be buried.

The former Chairman popularly known as “Atikpa or Aka- Ekpuchi Onwa” was elected for his second term in office against opposition from majority of the ruling Peoples Democratic Party supporters in Nsukka, who alleged poor performance in his first term and called for his removal as a sole candidate of the party.

Efforts to speak with the Chairman, Association of Local Governments of Nigeria in the state, Mr. Solomon Onah, were not successful, but a close source told our correspondent that council chairmen in the state were in an emergency meeting with the state governor, Ifeanyi Ugwuanyi, over the death of Omeje.