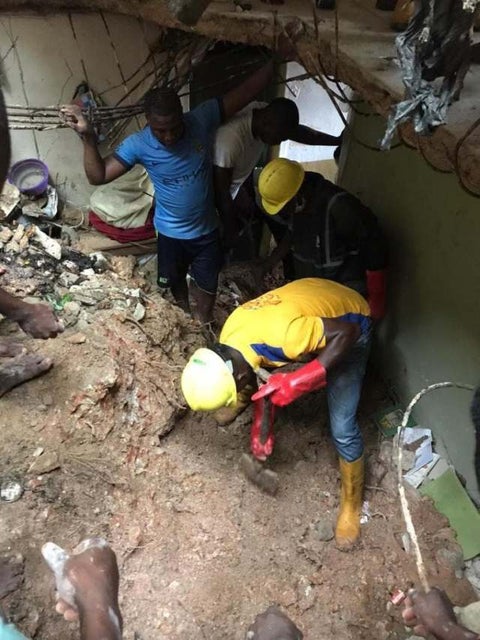 The Lagos State Emergency Management Agency (LASEMA) has confirmed that two children were trapped and died in a collapsed building situated at 46, Gafari Balogun St., Ogudu in Lagos State, after Wednesday heavy downpour.

Its Director-General, Dr Olufemi Oke-Osanyintolu, told  Newsmen in Lagos that the LASEMA Response Team (LRT), said that his team brought out the remains of the victims within two hours of operations.

Oke-Osanyintolu said that the LRT received a distress call at 12.40p.m of a collapsed building at the aforementioned location.

“On arrival at the scene by agency responders, it was observed that a building collapsed as a result of a mud slide at the rear of the building caused by heavy rainfall.

“ We were informed that two children, one male and one female, were trapped and immediately commenced a search and rescue operation.

“Unfortunately, they were found dead and their remains were transported to the mortuary,” Oke-Osanyintolu said.