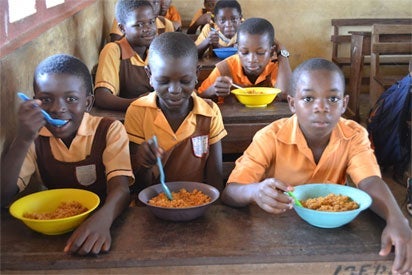 The House of Representatives, yesterday, begun probe of over N494 billion budgeted from inception and the identity of the nine  million pupils who benefited from the school feeding programme initiated by President Muhammadu Buhari’s administration in 2016.

Chairman, House Committee on Public Accounts, Wole Oke, who decried the breach of the Public Procurement Act, demanded relevant authorisations from the Bureau of Public Procurement, BPP, the budgetary approvals for the scheme from inception, as well as the list of schools, locations and month-by-month, year-by-year details of allocations and expenditure.

The committee resolved to summon the Governor of the Central Bank of Nigeria, CBN, Mr. Godwin Emefiele and Director-General of National Bureau of Statistics, NBS, Mr. Yemi Kale, to appear before it and tender records of payment to the agency and details of the children benefiting from the programme as well as the names of the school children allegedly handed over to the National Coordinator of the School Feeding Programme.

Oke also directed the Special Assistant to the President on Home School Feeding Programme, Mr. Dotun Adebayo, to furnish the House with details of the cooks, state, location of the benefiting schools as well as the over nine million children in 84,000 schools across the country that have benefited from the programme.

While responding to questions raised by the lawmakers, Mr. Adebayo, who earlier argued that the state governments were in possession of the details of the list of pupils who benefitted from the school feeding programme, later explained that the NBS handed over the list of the students.

He said: “We have details of the schools, but particulars of the benefiting children are with the states. We don’t have the detail because it is part of the MoU we signed with the states,” adding that 34 states and FCT are participating while Kwara and Bayelsa are yet to be enrolled.

He said the two states have not met the criteria set for participating in the programme, which include a commitment from the State government, adding that only states that have committed to the success of the programme are currently benefiting from it.

“We can’t pay money outside the framework of the programme. Any state that did not meet the requirement will be left out of the programme. Presently, we budget N70 per child. It is not our intention to exempt any state from the programme. Like I said, communication has been made to State governments over the years on the programme and no State is left out,” Mr. Dotun explained.

While speaking on the mode of payments to the 102,000 cooks and other suppliers engaged, Mr. Adebayo explained that all of them are paid directly by the agency and not through any agency or third party.

While frowning at the poor implementation of the scheme, Hon. Oke who noted that section 88 of the 1999 constitution (as amended) empowers the House to investigate and expose corruption, vowed that the officers must account for every kobo spent from the tax payers money.

He also frowned at the unilateral decision of the implementing agency over the adoption of the State procurement policy for the scheme which National Assembly appropriated fund for, adding that the entire exercise was done without procurement plan as provided in the Public Procurement Act.