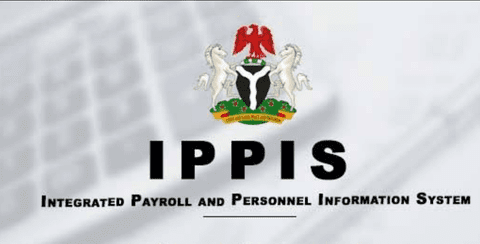 A source among the oil workers, told Vanguard, yesterday, that during the warning strike, oil installations would be shut down across the country.

The source further stated that NUPENG and PENGASSAN had written to the Minister of State for Petroleum Resources, Minister of Labour and Employment protesting the decision of the Federal Government to stop the payment of salaries of oil workers in government parastatals yet to be captured on the platform as at Thursday, June 18, 2020.

An official of PENGASSAN who spoke to Vanguard yesterday, lamented that the oil workers unions had been meeting with the management of IPPIS over the matter for a long time without any head way, insisting that oil workers in the public sector have rejected the IPPIS.

According to him; “We have intimated the Minister of Labour and Employment as well as the Minister of State for Petroleum Resources.  Well, the ball is in the court of government to intervene in the matter before it degenerates. Even up till last Friday, we still wrote letters to the government on the need to address the matter. We have already asked our members to be ready for any eventuality. So, between Monday and the close of work on Tuesday, if nothing concrete comes from the Federal Government, we will have no option than to direct our members to proceed on three days warning strike from Wednesday, June 24, 2020.”

The letter to the Minister of State for Petroleum Resources, was dated June 19, 2020, and titled: ‘Re: Enrolment of Federal Ministries, Departments and Agencies into the Integrated Payroll and Personnel Information System Reminder.

The letter, signed by General Secretary of PENGASSAN, Lumumba Okungbowa and General Secretary of NUPENG,  Olawale Afolabi, called on the minister, Chief Timipre Sylva, to intervene in the matter and prevail on the Accountant-General of the Federation to desist from forcefully enrolling its members.

The letter reads in part: “We are in receipt of a copy of a directive from the office of the Accountant-General    of the Federation directing the Federal Ministries, Departments and Agencies (MDAs) to register their staff on the Integrated Payroll and Personnel Information System (IPPIS) platform on or before Thursday, 18th  June 2020; threatening further release of Personnel Cost if the directive is ignored.

“Please be informed that the Association/Union apprehension about the IPPIS platform stems from the fact that it discountenances the peculiarities of the oil and gas industry with regards to Collective Bargaining Agreement and approved pay structure between Union and Federal Government though the Salaries, Wages, Income Commission.

“The Association/Union are equally, surprised that though the Federal Government recently revived the Government Integrated Financial Management Information System (GIFMIS), where all the affected Agencies are currently on, the office of the Accountant-General still insists on enrolling our members on the very defective and problematic IPPIS platform.”

“Recall that through a committee set by the Ministry of Labour and Employment, we have been meeting with the IPPIS to consider its peculiarities in coming unto the IPPIS platform, instead of a blanket implementation. These talks have not been concluded and we called for a resumption of talks in order to resolve the issues raised and, where required, provide additional information to the IPPIS.

“We reiterate that industrial peace in the Sector cannot be guaranteed if the salaries of our members are stopped or if the implementation is carried out unilaterally without our input. We therefore call on you to use your good office to advise the Office of the Accountant-General to refrain from implementing the enrolment of our members on IPPIS until the final resolution of the matter.

“We count on your understanding in matters like this as we assure you of our warm regards.”