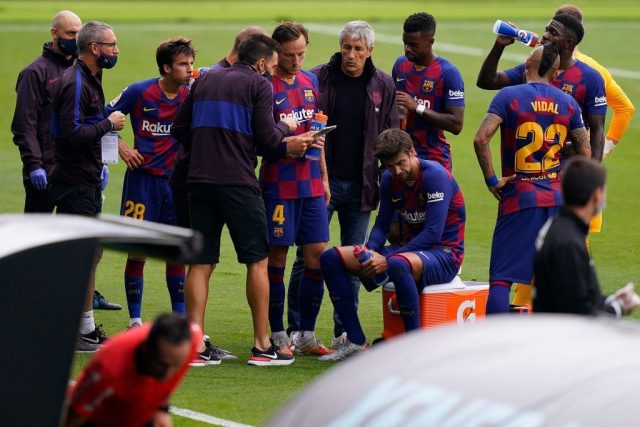 The champions twice surrendered leads against the relegation-threatened side, which allowed Real Madrid to open a two-point gap at the top of LaLiga.

Luis Suarez, who scored a brace in the draw, told reporters after the game that the club’s coaches were to blame for Barcelona’s poor away form.

The Catalans have picked up just two wins from their last six games on the road.

It is understood that the frustration spilled over into the dressing room, with Barca players criticizing Setien’s tactics.

The most notable area of complaint, was his decision to bring on Antoine Griezmann for Suarez with 10 minutes left.