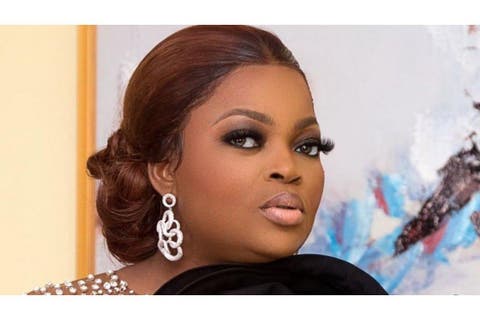 A Federal High Court in Lagos on Friday adjourned until July 21, to hear a suit challenging the legality of the conviction of Funke Akindele, her husband, Abdu-Rasheed Bello, and 236 others.

A Lagos-based lawyer, Mr. Olukoya Ogungbeje, had approached the court seeking a declaration that the law upon which Akindele and others were convicted was inconsistent with the 1999 constitution.

Recall that Akindele, a popular actress; Bello, and others were arrested, tried and convicted for violating the Lagos State Infectious Diseases (Emergency Prevention) Regulations 2020.

She was said to have hosted a birthday party in her Lagos residence to celebrate her husband’s birthday, an act viewed as a violation of the state government’s regulation on infectious disease prevention.

Akindele rose to prominence for her series, Jenifa’s Diary broadcast on national television.

The case challenging the convictions, which was earlier slated for hearing on Friday before Justice Maureen Onyetenu, could not proceed following applications before the court.

When the case was called, a senior counsel from the office of Attorney General of Lagos State, Mr Jonathan Ogunsanya, informed the court of a notice of preliminary objection challenging the suit.

The said Notice of Preliminary objection was served on the plaintiff’s counsel, Mr Fatai Adebanjo.

Ogunsanya had also informed the court of a motion on notice seeking to regularise his processes before the court.

According to the plaintiff, (Ogungbeje) the arrest, arraignment, trial, conviction and sentencing of Akindele and others is lacking in merit.

He said that the offence for which they were convicted was unknown to the law and could not be a ground for any criminal liability.

“I have a duty to protect and defend the sanctity of the constitution of the Federal Republic of Nigeria from any contravention or infraction,” he said.

Citing an Appeal Court’s decisions in 2016 involving Faith Okafor vs Lagos State and another, Ogungbeje avers a that a violation of such regulation could not result in criminal liability.