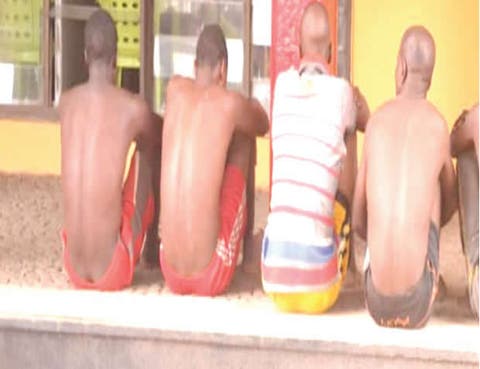 It was gathered that one of the suspects asked a commercial motorcyclist, Adeyi Olalekan, 25, who resides in the Awososo area, Bembo Apata, Ibadan, to convey him and one other person to Iyana Celestial, NNPC area, Apata, around 6.30pm on Sunday.

The motorcyclist was overpowered by other members of the gang and was attacked with a locally-fabricated gun and knife, while his motorcycle was snatched.

In an attempt to escape from the scene, one of the hoodlums fell off the motorcycle and tried to bolt away, but he was arrested at the Johnson Awe area of Apata by men of the NSCDC.

The state Commandant of the NSCDC, Mr Iskilu Akinsanya, while parading the suspects on Monday, said other members of the gang were later apprehended by the Intelligence and Investigation Department of the corps.

Akinsanya commended the people of the area for providing intelligence report that led to the arrest of the suspects.

We are seizing this opportunity to call for more support from the people of Oyo State in a bid to get rid of criminal elements in our communities,” he added.