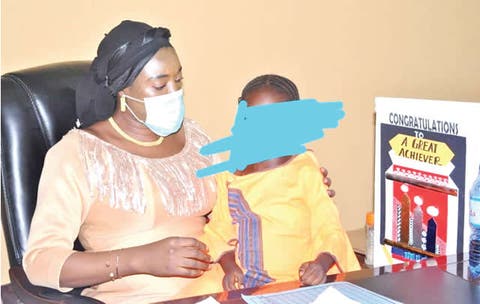 The Osun State Commissioner for Women, Children and Social Affairs, Bukola Olaboopo, has disclosed plans by the government to arraign a policewoman, who has allegedly been maltreating her six-year-old stepdaughter.

A statement by the Press Officer in the ministry, Adereti Bolarinwa, on Wednesday, quoted Olaboopo as saying that the action of the policewoman was reported to her by some concerned residents.

She warned that violation of the Child Rights Law in the state was a criminal offence, adding that the suspect would be charged any moment from now.

The ministry also said the government was “convinced about the maltreatment of the subject, an action contrary to the provisions of the Child Rights Law of the state.”

The commissioner explained that when attention of the ministry was drawn to the plight of the minor, a delegation was dispatched to locate the house and rescue her.

She said, “We located the house, where the incident has been occurring, rescued and took custody of the abused child. She has since been under the care of the state.

In recent times, child abuse cases have been rampant and have become major issues in Nigeria; a lot of children are exposed to psychological and emotional abuse, which affects their total well-being

“The present administration has zero tolerance for rape, child molestation, child labour and other vices that can endanger the lives of children. We shall soon commence the street raid of children, who engage in hawking and other labour