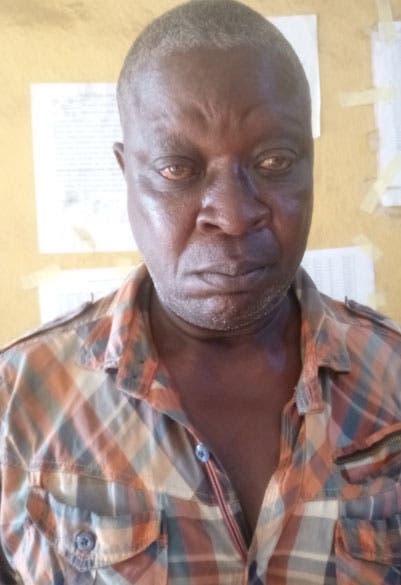 While a 33 years old man, Maurice Peters, 33, was arrested for allegedly defiling an 11-year-old girl inside a Church located at Tijani Qudus Street, Ijegun, a widower, aged 55, assaulted a 14-year-old girl in a bathroom at Ejigbo, both in Lagos State.

The 55-year-old father of three, identified as Emeka Okwuome, was caught inside the bathroom, while he was assaulting the primary six pupil.

FASTLOADED gathered that the 14-year-old victim lost her mother and was brought from her home town to live with a relative at 22, Oladuni Street.

She had gone to take her bath on Friday, when the suspect, a trader at Ladipo Market, knocked on the bathroom door and ordered the girl to open for him.

During a chat with the victim, she disclosed that it was not the first time the widower would assault her sexually.

According to her, “he met me in the kitchen one day and started fondling my breasts. He pulled me close to him and released me when he heard footsteps approaching.

“And he warned me never to tell anybody what happened.

“I was bathing on Friday when I heard a knock. He said he was the one and ordered me to open the door, that he wanted to urinate. I opened the door out of fear.

When he came in, he started fondling with my breasts and inserted his fingers into my virginal. When I told him to leave me alone, he said if I shouted he would beat me.

He covered my mouth with one of his hands, but I continued moaning in pains until one of our neighbours, who wanted to a bath asked how many people were in the bathroom.

“The neighbour insisted she would not leave there until those in the bathroom came out.”

On his part, the suspect admitted culpability, blaming the devil for his action.

Asked why he had to assault the teenager in the bathroom, he replied: “It was the devil’s handiwork. I went to look for the devil

“When I came out, I begged the woman not to expose me, but she did. I have also begged the police to allow us to settle the matter among both parties, but they refused.

If I go to jail, who will take care of my children, especially my daughter who is mentally deranged?”

Meanwhile, the second suspect, Peters, reportedly took the 11-year-old girl to a Church, where he allegedly defiled her.

Like Okwuome, he was caught in the act and both suspects were charged before the Ogba Magistrate’s Court.