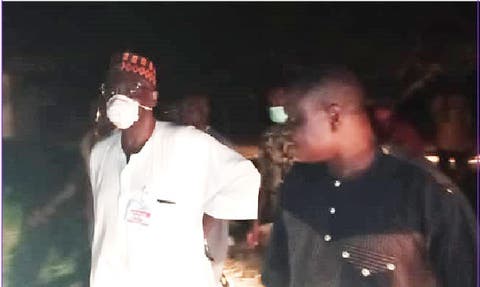 Three offices in the marketing department of the Nigerian Television Authority, Ilorin, and a conference hall were, on Tuesday, razed by fire.

The offices and hall on the premises of the television station located on Fate Road, beside the Shoprite Mall, Ilorin, Kwara State, was engulfed by fire around 11.20pm.

Our correspondent gathered that men of the Kwara State Fire Service were able to extinguish the fire, but not until it had completely destroyed three offices and the conference hall.

The Head of Media and Publicity, Kwara State Fire Service, Hassan Adekunle, said, “Out of the 28 offices in the burnt building, only three were affected as well as a conference hall.”

Adekunle, who said that the agency was notified of the fire outbreak around 11.25pm, said its men arrived at the scene by 11.29pm to extinguish the raging inferno.

Adekunle said the fire was as a result of an electric spark in one of the affected offices.

He stated that Governor Abdulrahman AbdulRazaq was at the scene and witnessed how the firemen battled the fire.

The Director of the Kwara State Fire Service, Alhaji Yakub Waheed, urged members of the public officials to imbibe the habit of switching off all electrical appliances before leaving their various offices.

AbdulRazaq commiserated with the management of the station over the incident and praised the intervention of the federal and state fire services.

“We commiserate with the NTA over this unfortunate incident. But the bright side is that no life was lost. Also, the quick intervention of the fire services helped to save not just the facilities, but the adjoining estate, which could have been affected,” the Chief Press Secretary to the Governor, Rafiu Ajakaye, quoted AbdulRazaq as saying in a statement.