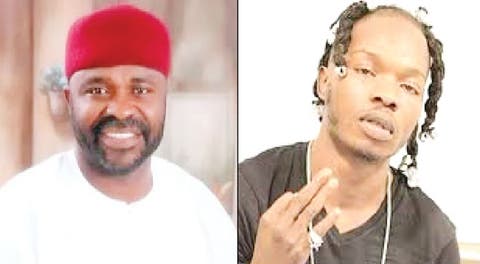 The Federal Government has lifted the ban placed on a private airline, Executive Air Services Limited, which flew musician, Azeez Fashola aka Naira Marley, to Abuja to attend a concert mid-June.

The airline had acted in contravention of the restriction on interstate movement and closure of airports in place at the time.

The PUNCH had earlier reported that the Minister of Aviation, Hadi Sirika, announced the suspension of the airline, saying, “The person on that flight conducted a concert. We approved a flight, certainly not for a musician. The flight was approved to convey Honourable Justice Adefope Okogie from Lagos to Abuja and then back to Lagos for an official assignment.

“The operation is a clear violation of our approval which we take very seriously. It seems this is becoming a norm. This is the second time. So, Executive Jet Services is hereby suspended indefinitely and they will face the law.”

Subsequently, the Chairman and Chief Executive Officer of the airline, Sam Iwuajoku, had said he gave the approval for the flight thinking the passenger was the Minister of Works and Housing, Babatunde Fashola not knowing they were “a bunch of useless people”.

But giving an update on the development during a Presidential Task Force briefing on COVID-19 in Abuja on Monday, Sirika said, “Today (Monday), we lifted the ban on Executive Air Services Limited. They have complied substantially with all of our imposed sanctions; they’ve paid part of the fines, and they brought up premium plan. So, we have lifted the ban today, so, they continue to do their business.

These sanctions are not punitive, they are things to make our industry work better and keep all of you safe.”

The minister added that the report on the Very Important Personalities being probed for flouting Covid-19 protocol at the country’s airports would be made public “hopefully this week”.