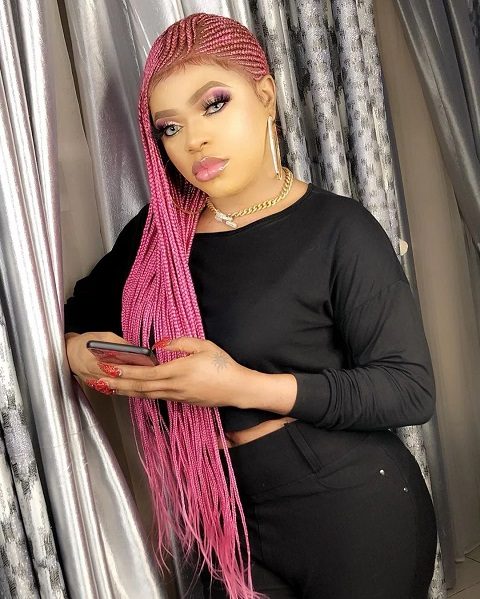 Nigerian cross dresser, Bobrisky has been embarrassed by a popular bleaching brand for breaching a contract.

The company, pamper glow accused him of failing to fulfill terms after receiving the sum of 2million Naira to influence the brand.

Pamper glow via Instagram revealed how tired the brand is due to inconsistencies and lies Bobrisky told to avoid his responsibilities and is threatening to take legal actions.

”Dear Bobrisky, we are putting this out here because we are tired of the stories and lies you told just to secure this deal.

From saying, your partnership with other brand s was ending in about 7 days, to eventually seeing that after almost two months, the deal still runs, to say you don’t do mobile bank transfers, to saying you would refund and till date, we have not seen our money and numerous others.

You received the sum of 2 million naira as part payment to influence our brand about two months ago.

Since you received this money, it has been difficult reaching you as against how you frequently called even in the midnight before this payment was made. And when you finally responded, it was another story.

Having found out all these, we asked for a refund and we expected to receive the payment immediately but you said you don’t do mobile transfers and you gave us a date, the date came and passed with no sign of the money.

Calls and messages sent to you were ignored. Took you many days to come up with another story. We are tired and no brand deserves this.”