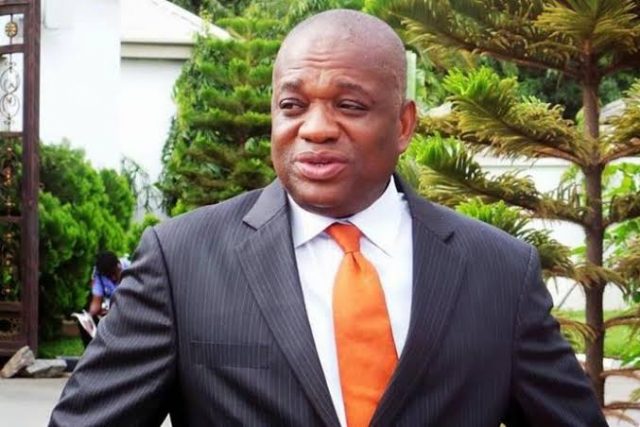 Former Governor of Abia State and Senate Majority Chief Whip, Senator Orji Uzor Kalu, has revealed what he did while he was incarcerated in Kuje Correctional Centre, Abuja.

Kalu said all the projects he had attracted from the federal government were executed without interruption while in prison.

The Senator stated that the six months he was incarcerated and later released spurred his desire to work for the people of Abia North and the State in general.

Kalu also reiterated that rather than diminish his quest to serve his people, his incarceration served as a source of motivation to take his constituency to greater heights.

Fielding questions from reporters at the Sam Mbakwe International Cargo Airport, Owerri, during the week, the Senate Chief Whip, pointed out that dividends of democracy to the people of the Abia North zone remained unaltered in spite of his confinement.

He said, “Go to Abia North, you will see that it is a huge construction site. The 19 road projects I attracted to the zone are executed unhindered till today. It has not happened before in any senatorial zone of Abia State.

It was recalled that the Supreme Court had nullified the conviction of a former governor of Abia State, Orji Uzor Kalu.

The apex court ordered their fresh trial at the lower court.