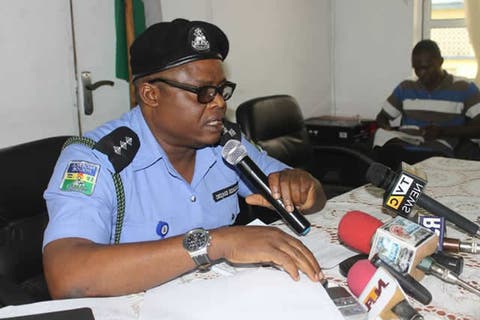 A woman, who does not want her name mentioned, on Wednesday accused a police officer identified as Peter Ebah, attached to Saakpenwaa Police Division in the Tai Local Government Area of Rivers State of detaining and raping her in a guest house after she was arrested for not wearing a nose mask.

The victim, a widow and mother of two, disclosed that she was taken away from a bus she was traveling in from Bori, Khana LGA, to Port Harcourt, around 6.30pm on Tuesday.

The victim added that the police officer, after detaining her at the checkpoint for hours, put her in the police van and began to drive around under the pretext of taking her to the station, adding that they ended up at a guest house.

The victim said she cooperated after the policeman threatened her.

She said, “After a while, they took me to a guest house, where one of them, Inspector Peter Ebah, from Sakpenwa Police station raped and threatened to kill me if I misbehaved and held me there till this (Wednesday) morning.

When contacted, the Police Public Relations Officer, Nnamdi Omoni, said the police was investigating the matter towards unmasking the accused police officer and ensuring that justice was served in the matter.