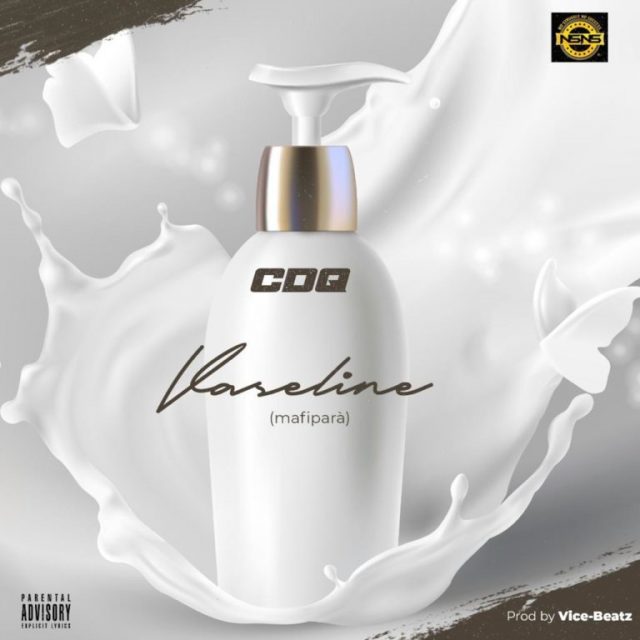 NSNS boss, CDQ who is arguably the most consistent Nigerian singer comes through with a brand new single titled ‘Vaseline’ (Mafipara). Song is produce by “Vicebeatz“.

The new single, ‘Vaseline’ serves as a follow up for his previously heard single ‘Show Me’ which was released in May. “Show Me” is a Hip-pop/Rap record that throws appreciate at the ladies with wonderful bodies. He shared that he would love to be entertained by a lady. Someone that won’t be shy to show him her body blessings.

The new song “Vaseline” [Mafipara a Yoruba that means do not rub on your body] talks about staying off things, situations and offers that would harm your personality. CDQ says we should stay off stains, involvement that would tarnish one’s image. Further stresses that there are some offers that would come at, given to you on a platter of Gold, don’t stay long on them. Be wise and sharp about such offers don’t make a big deal from such offers.