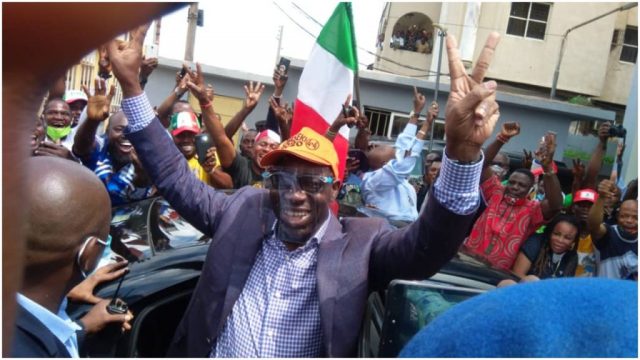 The Peoples Democratic Party (PDP) says the party has witnessed a 200 percent increase in membership since Governor Godwin Obaseki joined the party.

Aziegbemi added that more requests were being processed.

Meanwhile, the Chairman, PDP Governors’ Forum, Aminu Tambuwal, has urged leaders of parties contesting the governorship election to appeal to their supporters to be law-abiding.

The Sokoto Governor recalled that “a small crowd of a political party came to the Benin monarch’s palace to boo leaders and supporters of the PDP during the flag-off of our campaign.”

Tambuwal noted that it was a sign that the party was planning violence.

The governor warned against alleged plans to use security agencies to rig.

“We have seen cases where might is used in isolated elections in Nigeria through the deployment of security personnel to such a state to intimidate voters. This must not be done in Edo”.

Defection: I am proud of you, Buhari tells Umahi

Wizkid Spends Millions Of Naira On VVS Diamonds In London