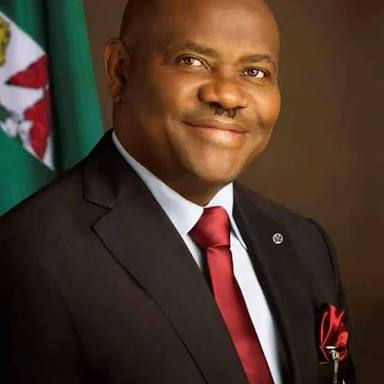 The Rivers State Governor, Nyesom Wike, has insisted that Adams Oshiomhole, the former National Chairman of the All Progressives Congress, APC, has no certificate.

Wike said this while denouncing the claims by Oshiomhole that Godwin Obaseki, the candidate of the Peoples Democratic Party (PDP) in the forthcoming governorship election lacked required academic credentials to contest the September 19 poll.

Wike, in a statement by his Commissioner for Information and Communications, Paulinus Nsirim, said Oshiomhole did not have the moral standing to question his successor’s qualifications.

Oshiomhole had during the flag off of the APC Governorship Campaign in Edo, on Saturday, said that Obaseki, who is the incumbent Governor, was not even qualified to contest.

Wike, who is the Chairman of the PDP Campaign Council for the Edo State election, challenged Oshiomhole to present his academic certificate.

He said: “The certificate claims about Governor Obaseki by the former APC National Chairman is a non-issue because he is the best candidate for Edo State.04

It is unfortunate that we are in a country that somebody that does not have a certificate will question the one that has.

Oshiomhole had said that should the APC lose the election to Obaseki, it would go to court and challenge the governor’s qualification.

But Wike added, “His claim that if APC loses the election they will secure the mandate through the courts is a total confirmation that the party cannot win the Edo election through the ballot box.

He maintained that winning in court will be difficult for the APC because there are still Judges in the country with conscience and cannot do the bidding of the APC.