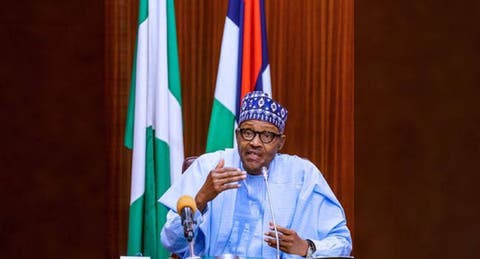 President Muhammadu Buhari appeares to have bowed to public pressure to empanel a judicial commission of enquiry into the financial impropriety levelled against the suspended acting chairman of the Economic and Financial Crimes Commission, EFCC, Ibrahim Magu, by his supervising minister, Abubakar Malami, by finally authorising one to conduct a holistic probe of the man and the finances of the anti-graft agency from 2015 to 2020.

The panel, which is still headed by the former President of the Court of Appeal, Justice Ayo Salami, has six others as members.

Buhari in an authority instrument dated July 3, 2020, derivable from the Tribunals of Inquiry Act (Cap T21, LFN, 2004), gave the panel five key terms of reference and 45 days to conduct its inquiry and turn in its report to the Presidency.

The Extent of Mismanagement/Diversion of Recovered Assets

*The panel is to investigate, verify and review the recommendations of the Presidential Committee on Audit of Recovered Assets as it relates to EFCC, with a view to ascertaining the complicity or otherwise of the acting Chairman, Ibrahim Magu, in the management of the assets recovered by the commission.

“Identify avenues through which the recovered assets are dissipated and seized, recovered, forfeited (interim and final) assets are valued, managed, disposed or mismanaged, with a view to ascertaining compliance or otherwise with extant laws, regulations, processes and procedures

“Determine whether moveable or immoveable assets, including funds or cash recovered during his tenure, whether locally in Nigeria or abroad, are being kept safely in a manner as to preserve their original value.

“It is also to confirm whether all the assets could be properly accounted for by the acting chairman and take measures to confirm if any of the assets had been diverted to the benefit of the acting chairman, his family, relations, friends or favoured staff and recover any of such diverted assets, funds or cash, if any and recommend if the funds should be returned to EFCC or appropriate government agency, entities or individuals.”

Investigation of abuse of office and non-compliance with official directives

The Salami panel is to investigate report on the existence or otherwise of dereliction of duty and abuse of processes and procedures against the acting chairman of the EFCC as it relates to his conduct on the following:

Audit the accounts of EFCC as a legal entity

The panel is also to audit the accounts of EFCC as a legal entity in line with public service rules, EFCC Act and other extant laws of Nigeria, audit the assets and finances of EFCC as a legal entity from 2015 to 2020, with a view to ascertaining compliance or otherwise with procurement procedures of the EFCC in line with the Public Procurement Act.

Investigation into personal enrichment with the assets recovered

It is also to investigate and report on corruption and money laundering allegations involving the acting chairman and Bureau de Change operators, as well as some of his associates as per the intelligence reports and petitions and to work with any other persons, organizations or corporate entity to achieve the objectives of the terms of reference and to make any other observation and recommendations as it deems necessary.

Above all, Buhari authorised the panel to make appropriate recommendations concerning each person, authority and organisation investigated by it and what judicial or administrative measures if any, should be taken to recover all misappropriated funds and assets.

“I hereby direct the judicial commission to submit its interim report to me from time to time, but the judicial commission shall, in any case, submit its final report not later than 45 days from the date of its first public sitting or within such extended period as may be authorised by me in writing,” the President wrote in the authority instrument dated July 3, 2020.

It was not clear last night if the 33 days that the panel had already sat would form parts of the 45 days or not.

Magu, who was first accosted by the panel on July 6, 2020, has spent over 33 days with the panel before its terms of reference were changed and expanded from a mere investigative committee to a judicial commission of inquiry, which is more of a quasi court that can pass a binding verdict that can only be upturned by a high court.

A close look at the ToR released by the Presidency shows that the 22 allegations of wrongdoing levelled against Magu by the AGF, Abubakar Malami, formed the basis of the inquiry.