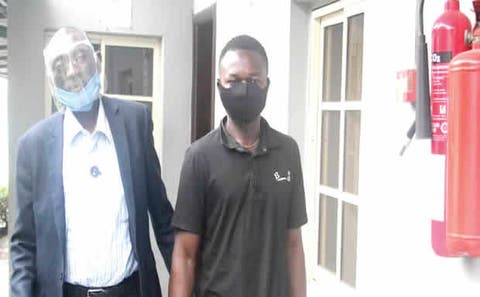 The Federal High Court in Lagos on Friday made an order for the remand of a businessman, Ibegbu Anayo, in custody, over allegations that he adulterated Total and Mobil engine oil brands and offered same for sale to unsuspecting members of the public as genuine.

Justice Rilwan Aikawa made the remand order shortly after Anayo was arraigned before him by the Standards Organisation of Nigeria.

In the 12 counts against Anayo, SON alleged that he conspired with some persons still at large to “indulge in the production of adulterated/substandard Total and Mobil engine lubricants for public consumption.”

The prosecution told the court that the defendant committed the offence on July 15 at the Mammy Market, Navy Town, Ojo, Lagos State.

It said the engine oil produced and sold by Anayo was “not of the quality, nature and efficacy expected of the products,” and that he made a calculated attempt “to deceive unsuspecting consumers that the products are genuine Total or Mobil products.”

The prosecuting counsel for the SON, Yusuf Lawan, told the court that Anayo violated Section 465 of the Criminal Code Act of 2004 and was liable to be punished under Section 467 of the same Act.

The defendant, however, pleaded not guilty.

While adjourning till August 11, Justice Aikawa ordered that Anayo should be remanded in custody.   ,,