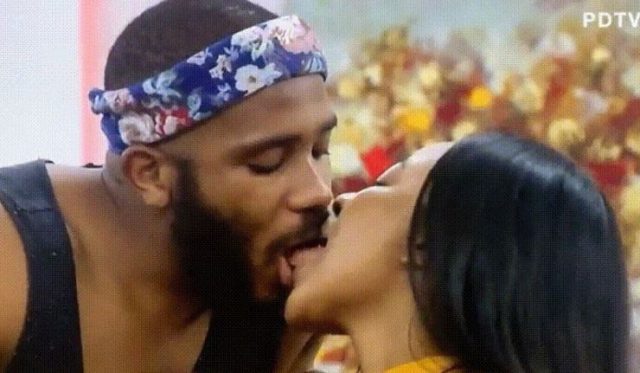 On Tuesday night, BBNaija housemate, Praise had a talk with Kiddwaya, advising him not to sleep in the HOH lounge with Erica on Friday and Saturday or they would most likely have s3x.

Recall that after Erica emerged as head of house, HoH, she chose Kiddwaya to be her deputy so they get to sleep together in the HoH private lounge and after the first night, she confessed to Tolanibaj that it was really hard for her not to have s3x with Kidd that night.

Erica said she had to continue staring at the camera to remind her where she was.

While advising Kiddwaya, Praise reminded him that on Friday and Saturday, there would be alcohol in the house and Erica is hardly able to get her hands off him when she is drunk.

Praise went on to say if Kiddwaya also gets drunk on the same night as Erica, there is every tendency they would have s3x so the only advise he would give is for him to sleep in the other rooms rather than the HOH lounge.