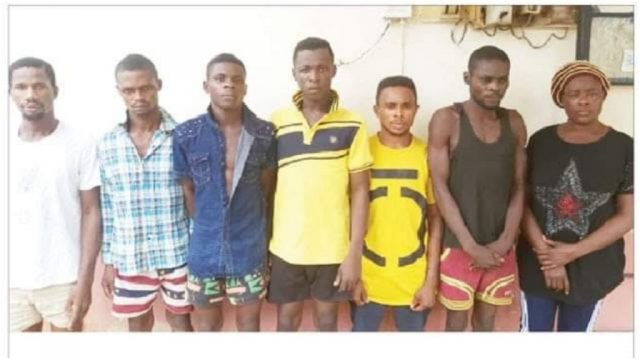 Operatives of the Special Anti-Robbery Squad of the Imo State Police Command have apprehended suspected armed robbers who allegedly killed and buried a serving police officer in a shallow grave in the state.

The state Commissioner of Police, Isaac Akinmoyede, while parading the suspects at the command’s headquarters in Owerri, said that his men acted on a tip-off which led to their arrest.

The suspects whose names were given as Chinedu, Chinnor Amadi, Eze Odu and Amadi Francis are said to be members of the notorious outlawed late Chijioke Onyeze, aka Bracket’s gang.

CP Akinmoyede said that the suspects have confessed to how they murdered a serving policeman and buried him in a shallow grave.

He further disclosed that the gang on May 14, July 4, July 6, 2020, in like manner murdered one Obioma Iheka Maduakolam Nwoguzo and Alozie Amadi respectively.

According to the CP, “efforts have been intensified to recover their operational weapons and arrest other fleeing gang members.

“Investigation is still ongoing and further developments will be communicated.”

The Commissioner stated that the bandits would be prosecuted in accordance with the laws of the land.