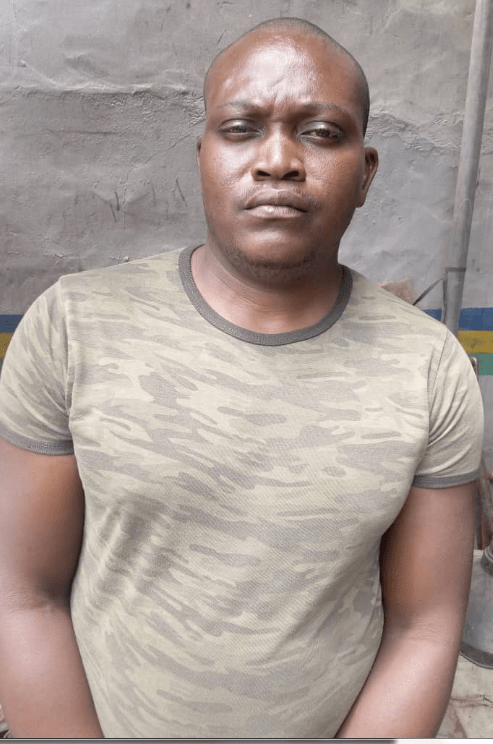 A dismissed Nigerian soldier, Yemi Ayeni, has been arrested for attacking a policewoman in Lagos.

The victim, Inspector Martina Onyeacho is attached to the Police command in the state.

He recalled that the incident occurred on August 9, 2020, at about 5:30pm in Ilemba Hausa.

The spokesman said the Police received a call that Onyeacho, on traffic control duty, at Shibiri Bus Stop, was in distress.

The patrol team sent to the scene rescued and took her to the hospital for treatment.

The officer sustained various degree of injuries from punches and beating with a stick.

Ayeni had challenged Onyeacho after she ordered the commercial vehicle he was in to move away from where it parked due to obstruction.

An argument ensued and the suspect’s grouse was that the policewoman did not accord him respect.

The suspect revealed that he was dismissed from training on mental health grounds but has been posing as a soldier.

Elkana stated that Ayeni will be charged to court soon.

Video of assault and suspect’s confession: