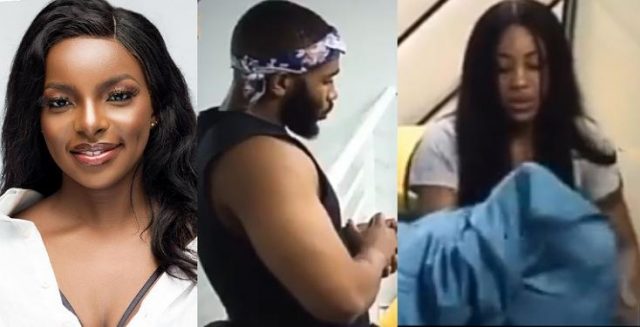 Big Brother Naija lovebirds, Kiddwaya and Wathoni had a serious argument at the HOH lounge over fellow housemate, Wathoni.

Wathoni then turned to Kiddwaya and asked him if he has ever chased any girl in the house, and Kiddwaya said No.

His response made Erica flare up as she saw it as ‘disrespectful’, especially since she already mentioned she doesn’t chase guys and everyone knows she has been paired with Kiddwaya in the house.

She told Kidd at the HOH lounge that she feels really stupid for doing something with him, because he never supports her in public.