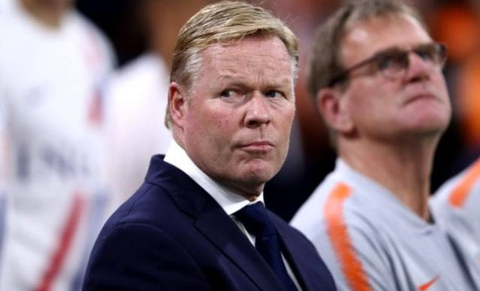 Ronald Koeman has agreed in principle to become the next Barcelona manager after the club confirmed the sacking of Quique Setien.

Barca officials are in talks with the Dutch FA over compensation, having made the Netherlands head coach the frontrunner to succeed Setien, Sky reports.

Setien was sacked in a meeting with technical director Eric Abidal just days after the humiliating 8-2 defeat to Bayern Munich in the Champions League quarter-finals.

Koeman – a Barcelona great as a player – is said to be the preferred choice of president Josep Maria Bartomeu, with an announcement expected in the next few days.

A Barcelona statement after Setien’s dismissal read: “This is the first decision within a wider restructuring of the first team which will be agreed between the current technical secretary and the new coach, who will be announced in the coming days.”

Barca would need to pay compensation to get Koeman out of his current role as Netherlands head coach.

Ex-Tottenham boss Mauricio Pochettino was a strong candidate and is the preferred choice of director Ramon Planes, with whom he worked at Espanyol.

However, the potential appointment of Pochettino has been met with opposition from ‘El Entorno’ – a term coined by Johan Cruyff in 1992 to describe the ‘environment’ of influential media and fans surrounding the team.