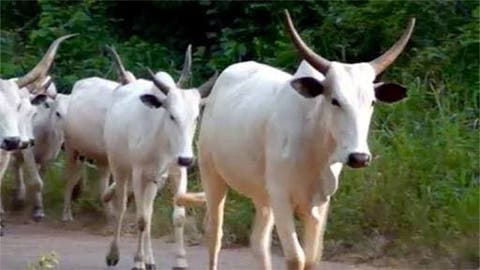 A 33-year-old man, Abhademenre Sylvester, who allegedly drove recklessly and killed four cows on Wednesday, appeared in a Chief Magistrates’ Court in Edo.

The police charged Sylvester with two counts of reckless driving and negligence.

The Prosecution Counsel, Insp. Charity Asemota, told the court that Sylvester committed the offence on Feb. 18, on the Benin-Agbor road.

Asemota said that the defendant, who drove a truck with registration No. Edo Ben 254 ZU in a recklessly and negligently manner which was dangerous to the public, hit and killed four cows, valued at N740,000.

She said the cows killed are the property of Alhaji Luckman Garuba.

The defendant, however, pleaded not guilty.

Chief Magistrate Mutairu Oare admitted the defendant to bail in the sum of N80, 000, with a responsible surety in like sum.

Oare adjourned the case until Aug 21, for further hearing.