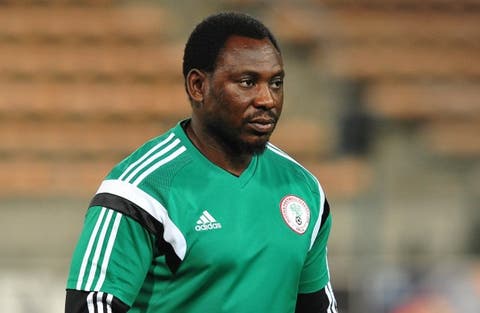 Amokachi’s appointment was announced in a press statement by the Media Office of the Minister of Youth and Sports Development on Thursday.

The letter titled, ‘PMB appoints Amokachi Special Assistant, Sports’, was issued on August 17 and signed by the Secretary to the Government of the Federation, Boss Mustapha.

The statement quoted the appointment letter as reading, “I am pleased to inform you that Muhammadu Buhari, President of the Federal Republic of Nigeria, has approved your appointment as Special Assistant on Sports. The appointment takes effect from August 11, 2020.”

“This is very positive news and I congratulate Amokachi for the appointment. This is good for him as an individual and for us,” Adepoju said .

This is why we’ve always called on footballers to add education to their profession, so we can have more opportunities after football.”

“I see it as a positive move and a symbolic one by the President; it encourages ex-internationals that even after they retire, the country still finds them useful because of their experience. This will send a message to the youths that if they achieve something for the country, they will not be forgotten.”

But sports journalist and administrator, Godwin Enakhena, questioned the appointment, saying it  was not in the best interest of sports development in the country.

“For me, it’s a waste of time. This is not what we need to take sports out of where it is right now. If Amokachi is good enough, let him be appointed as the sports minister. Don’t give a portfolio where he doesn’t have any control,” Enakhena told said.

“We know the problem in our country, sports is not taken seriously. The question is, who will Amokachi report to? Is it the sports minister or the President?

Is (Sunday) Dare not reporting to the President as far as sports issues are concerned? I think there is no major responsibility attached to the portfolio.”

Buhari had on February 13, appointed Amokachi as the country’s Football Ambassador.

Amokachi, a gold medallist at the Atlanta ‘96 Olympics, also won the 1994 and 2013 AFCON as player and assistant coach of the Eagles respectively.

An FA Cup winner with Everton (1995), the ex-Club Brugge striker also holds the distinction of the first footballer-ever to score in the new-format UEFA Champions League in 1992.