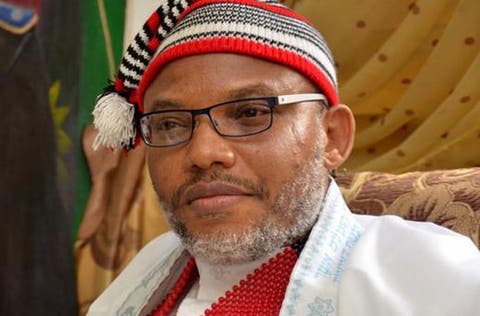 Nnewi— The Indigenous People of Biafra, IPOB, on Thursday, told the Federal Government to halt “the incessant harassment and arrest of its members and their families in South-East.”

It also called on South-East and South-South governors, particularly Ebonyi State government, to prevail on the security agents in their states to release IPOB and their family members, particularly its Ebonyi State Coordinator, Mazi Igwe Ogbonnaya, without further delay.

The pro-Biafra group said it is particularly upset by the alleged recent arrest of its Coordinator in Ebonyi State; and the intimidation of an innocent woman who recently put to bed in Oji River Council Area of Enugu State by security operatives in the guise of searching for Radio Biafra Station.

In a statement by IPOB’s Media and Publicity Secretary, Emma Powerful, the group told the government and her security operatives to stop testing its will.

IPOB’s statement also alleged that the “Police, Army and DSS once again have started their normal house-to-house search of IPOB family members and those suspected to be IPOB supporters in Biafraland.

“We, the global family of the Indigenous Peoples of Biafra, IPOB, ably led by our great leader, Mazi Nnamdi Kanu, hereby demand immediate stoppage of the incessant harassment and arrest of IPOB family members in different parts of Biafraland.

“We are particularly upset by the recent arrest of IPOB Coordinator in Ebonyi State, and the intimidation of an innocent woman in Oji River council of Enugu State, by the Nigerian security operatives under the guise of searching for Radio Biafra station.

This continued illegal abduction and kidnapping of innocent people without provocation while treating Boko Haram terrorists with kid gloves in our land must stop.

“The Nigeria government and her security operatives should stop testing our will.

On Tuesday, August 18, 2020, the Nigeria Army and Police, in their usual Gestapo manner, akin to the Nazi era in Europe, abducted Mazi Igwe Ogbonnaya, our Ebonyi State IPOB Coordinator, for no crime other than being a Biafran.

“This provocative hounding of our people has continued amid killings, maiming and raping of our women by rampaging herdsmen in our communities which the same security agencies have not only pampered but allowed to continue their heinous activities unabatedly.

It very sad to note that the security operative in Nigeria police, Army and DSS uniforms abducted Mazi Igwe Ogbonnaya from his home at Ugwulangwu Ohaozara council Ebonyi, in less than a week after burying his young wife.

“Similarly, the Nigerian security operatives subjected an innocent woman that recently put to bed to torture by 4.30a.m., on August 16, at her husband’s house in Oji River, Enugu State, when the DSS, Police and Army forcefully broke into their compound.

The woman was beaten with her newborn baby, while anybody suspected to be member or supporter of IPOB was equally beaten up by the overzealous DSS and police personnel.

“Today many IPOB members and Biafra agitators have continued to languish in various police detention facilities, yet terrorists masquerading as herdsmen are being granted state pardon with rehabilitation packages.

“We, therefore, call on Ebonyi State governor, David Umahi and his counterparts in the South-East and South-South to release Biafra agitators arrested in their respective states before its too late.

We also call on the British High Commission, Amnesty International, British and United States Embassies in Abuja, UNDP and other countries’ high commissions and embassies in Nigeria to prevail on the Federal Government and South-East governors to release our people abducted illegally before it becomes too late.”