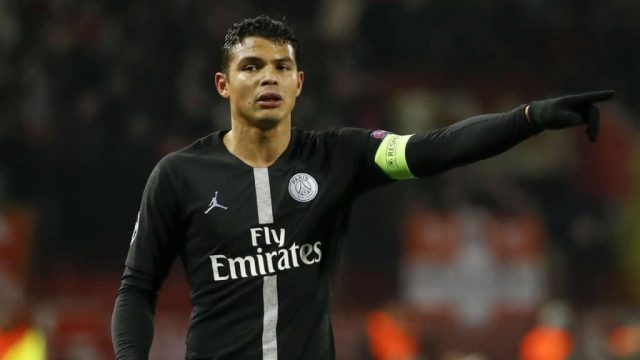 Chelsea have been dealt a blow with Thiago Silva agreeing a £70,000-a-week deal at Fiorentina, according to Corriere dello Sport.

The Blues were linked with a move for the Paris Saint-Germain defender.

Silva has already confirmed he will leave the Ligue 1 champions after the Sunday’s Champions League final against Bayern Munich.

Frank Lampard was looking to add the 35-year-old’s experience to his shaky backline, but would now have to look at other alternatives.

But Silva is ready to take a huge pay cut to return to Serie A after eight years in France.

Thiago is believed to be earning a hefty £1.3million a month with the French giants and is thought to be targeting a two-year contract at his next club.