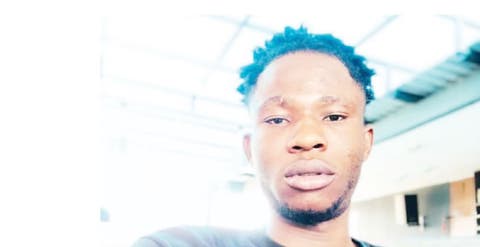 A businessman, Chukwu Mbaonyeka-John, has accused a software engineer, Henry Izuchukwu, of defrauding him of N1,150,000 over a failed business deal.

FASTLOADED TEAM gathered that Mbaonyeka-John, who operates in the Ikeja area of Lagos, paid Izuchukwu, who resides in Dubai, United Arab Emirates, the money to purchase cartons and other accessories for his phone business.

However, after receiving the money, it was alleged that Izuchukwu reneged on the agreement to supply the products and also refused to refund Mbaonyeka-John.

Speaking to FASTLOADED, Mbaonyeka-John said Izuchukwu took advantage of living in another country to defraud him.

While urging relevant authorities to intervene in the matter, Mbaonyeka-John said a complaint had been filed at the Lagos State Police Command.

The Enugu State indigene said, “Henry Izuchukwu is a software engineer until he travelled to Dubai early this year. Before he travelled, he did some jobs for me and I paid him. I never owed him a dime.

“After he travelled, he said he could help me sort some business in Dubai. After some of the COVID-19 bans were lifted for traders to partially begin operations, I told him I needed some accessories and cartons and he agreed to supply them.

“I paid N1,150,000 into his account in July and he promised to supply the products within a week. But he has refused to take my calls or reply to my messages requesting my products. This has affected my business badly. I suffered to make the money; it is a huge loss for a trader like me.

“I reported at the Ikeja Police Division, and one Mr Chidi is in charge of the case. I want the Dubai authorities to deport him so he can face his crimes in Nigeria.”

Izuchukwu, however, told FASTLOADED TEAM that he was arrested by the Dubai police while withdrawing the money Mbaonyeka-John sent to him for the business, adding that he used part of the money to secure his release.

In a chat with our correspondent on Whatsapp, Izuchukwu wrote, “I was arrested while withdrawing the money he sent for the business because I never knew (it) is not allowed to use Verve card on the UAE ATM, so I was there for three days. I was told that my friend chatted with him (Mbaonyeka-John) that I was arrested and he refused to believe him.

So, it got me angry that someone told him my situation and he’s not showing any concern. In that case, I used some of the money to bail myself and I remember what he did to me the last time we did some business; so now whenever I get his money complete, I’ll pay him.”

When asked to give a time frame for refunding the money, he said, “I’ll refund it on August 20.”

But when our correspondent contacted him on August 20, he refused to respond.

The state Police Public Relations Officer, Bala Elkana, said, “We have commenced investigation into the case.

“The suspect is still out of the country; he is not back to state his own side of the story, maybe because of the restriction on international movement. But when he is back, we will get him to state his  own story.”