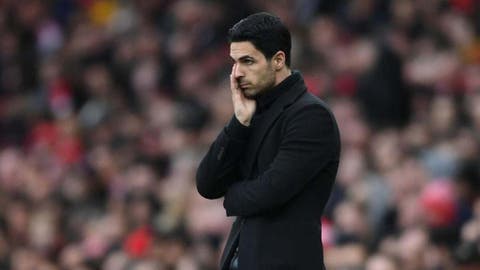 The Argentina star is reportedly set to make a public announcement on his plans in the coming hours, having informed Barca that he wants to leave the club.

Manchester City are said to be the frontrunners to sign the 33-year-old, with Messi apparently keen on a reunion with former Barca head coach Pep Guardiola.

Arteta, who spent three years with the Catalans as a youth-team player, would be disappointed as a fan if Messi were to move on.

However, the former City assistant says the prospect of the six-time Ballon d’Or winner playing in the Premier League is exciting.

“He has been linked everywhere, you know? He has more clubs than any other player in history after him!” Arteta said on Thursday.

“I’ve been a Barcelona fan since I was young and it’s always sad to see, who in my opinion has been the best player in football history, leave that football club.

“Let’s see what happens. If he comes to England, we’re all going to enjoy it.”

Arteta is not even unduly concerned by the prospect of Messi joining City, as he attempts to turn Arsenal back into title challengers again.

When asked about Messi heading to a rival club, he said: “It doesn’t matter. It’s good for football.

We’ll have to find a way [to stop him]. If it’s not here, we might find him in the Champions League, you never know.

“You want the best players in your league and for me that’s the best thing, to have the most competitive league in the world. The Premier League has always had that.

“The times with [Cristiano] Ronaldo, I played against him and it was great because it raises the level of every individual and every team as well.”

Arsenal face Liverpool in the Community Shield on Saturday.