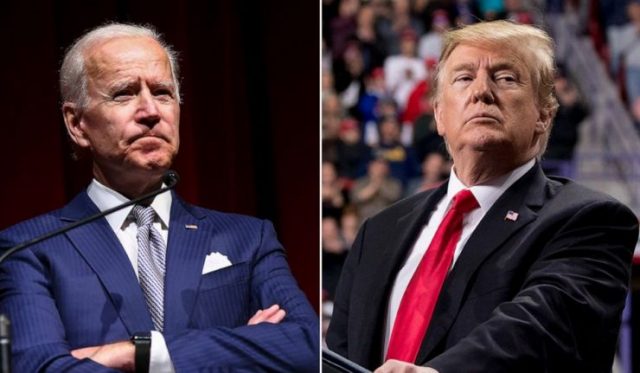 Donald Trump has called for himself and Joe Biden to take a drug test ahead of their first debate.

Biden, 77, and Mr Trump, 74, will have three debates before the 3 November election.The three presidential debates will take place in Cleveland, Ohio, on 29 September; in Miami, Florida, on 15 October; and Nashville, Tennessee, on 22 October.

Back in 2016, Trump suggested his then-Democratic rival, Hillary Clinton, had been “getting pumped up” before their debates and challenged her to take a drug test ahead of their final live TV encounter.

On Wednesday August 26, Trump made a similar claim, arguing that Mr Biden’s debating ability had improved in the final Democratic primaries debate against Bernie Sanders.

Mr Trump said the former US vice-president “wasn’t even coherent” during some of the 11 live TV debates he competed in earlier but by the time of the last debate on 15 March, he performed better against Senator Bernie Sanders.

Speaking to the Washington Examiner on Thursday August 27, Trump said; “I don’t know how he [Mr Biden] could have been so incompetent in his debate performances and then all of a sudden be OK against Bernie.”

He added: “It wasn’t that he was Winston Churchill because he wasn’t, but it was a normal, boring debate.

“You know, nothing amazing happened. And we are going to call for a drug test because there’s no way – you can’t do that.”

Mr Trump said of the debates: “Well, it is a prizefight. It’s no different from the gladiators, except we have to use our brain and our mouth. And our body to stand. I want all standing – they want to sit down.”

Trump offered no evidence his rival might be on drugs other than to say: “I’m pretty good at this stuff.”