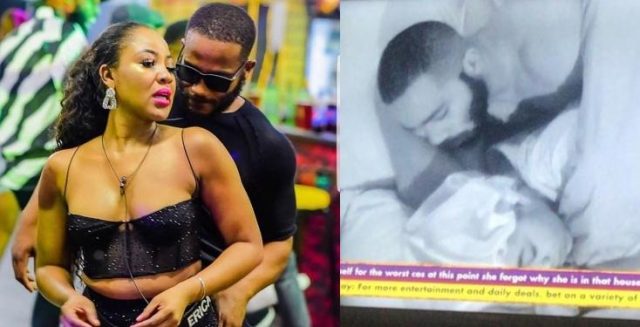 Big brother Naija housemate, Kiddwaya was spotted wearing his shorts under the duvet after sleeping on the same bed with his lover Erica last night.

The couple spent the night together as usual, after Sunday’s eviction process which saw Tolanibaj, Brighto and Wathoni leave the Big Brother House. This is also coming after Erica and Kiddwaya had a heated argument on “disrespect”.

Erica complained that he disrespects her by flirting with ladies in the house.

In this video, people are insinuating the couple had sex last night as Kiddwaya was seen putting his shorts back on.