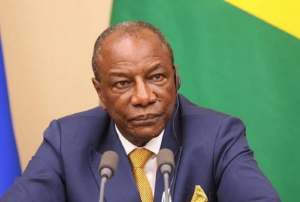 Guinea’s ruling party on Monday confirmed months of speculation that President Alpha Conde will seek a third term in office, a possibility that had already sparked deadly mass protests.

The news came after the 82-year-old president pushed through a constitutional reform in March that critics had already argued was designed to allow him to run for office again in the October 18 election.

“President Alpha Conde will indeed be our candidate in the presidential election,” said the statement from the Rally of the Guinean People (RPG), read out on televsion.

The party had formally nominated him to run again back in August, but Conde had made no formal response.

Under Guinea’s constitution, presidents may only serve two terms. Conde was elected president in 2010 and again in 2015.

But according to analysts, the new constitution could reset the presidential term counter and enable him to run a third time — a view now confirmed by the RPG.