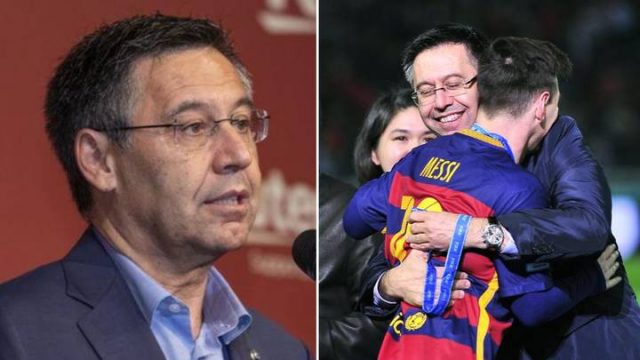 It’s no wonder Barcelona president Josep Maria Bartomeu is desperate to keep Lionel Messi, as it emerged the club’s outgoing chief could face a heavy fine or even jail if he sell the star.

The club captain reportedly isn’t returning to training any time soon and has threatened legal action in order to be allowed to move for free.

Bartomeu is trying to stand strong against letting the player go and, according to Guillem Balague, it’s not just about principle or the playing side of thing but also because the president could face a fine or a jail time.

The presidential elections are due to take place in March, with the current incumbent refusing to step down earlier following the 8-2 loss to Bayern Munich, and the problems would arise if the new man voted in arrives with no Messi at the club.

Some fans would argue that Bartomeu has already mishandled the situation, and the whole club, and that’s what’s put them in this position in the first place.

Messi’s people believe the club’s all time top scorer should be able to leave the club for free, owing to a break in his contract, but the club want a buying side to pay his €700 million release clause.

If Manchester City, or anyone else for that matter, did splash the cash on the forward then the outgoing president would avoid any further punishment.

It wouldn’t be the first time in recent history a Barcelona president had ended his stint in charge of the club with time behind bars.

Bartomeu’s predecessor Sandro Rosell spent 20 months in jail after being accused of misappropriation of funds from the signing of Neymar from Santos in 2013.