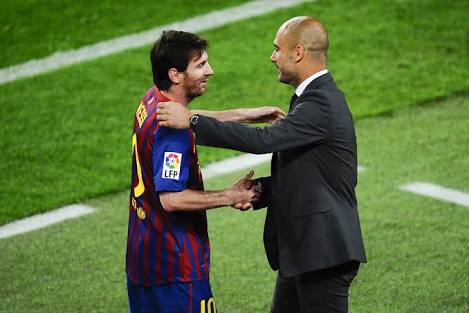 Manchester City boss, Pep Guardiola, has made a big u-turn on his chase for Lionel Messi, Mundo Deportivo reports.

It is understood that City are willing to abandon the idea of signing Messi from Barcelona this summer.

The former Premier League champions believe the transfer is not financially viable, with Barca insisting the 33-year-old will not leave as a free agent.

LaLiga have also issued a statement, making it clear that any potential buyer must pay Messi’s €700 million release clause.

Guardiola has reportedly told the six-time Ballon d’Or winner it would be best for him to stay at the Camp Nou, where he has been since 13.

City does not want to attract further attention from football authorities, having already been forced to pay a €10 million fine this year for breaching UEFA rules.