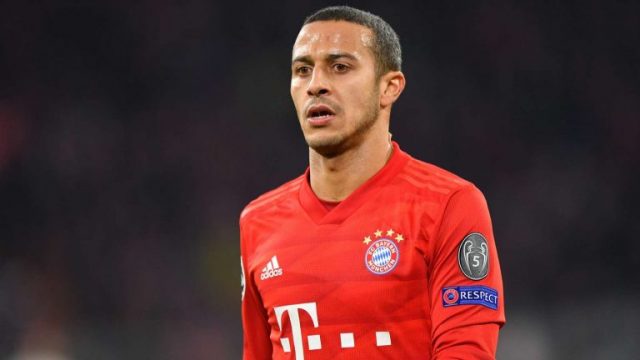 Manchester United have held talks with Thiago Alcantara but feel the Spaniard’s wage demands are too high, according to Dagbladet.

The 29-year-old is in the final year of his contract at Bayern Munich and is expected to leave the club this summer.

Liverpool have been heavily linked with a move for the former Barcelona player, but no agreement has been reached so far.