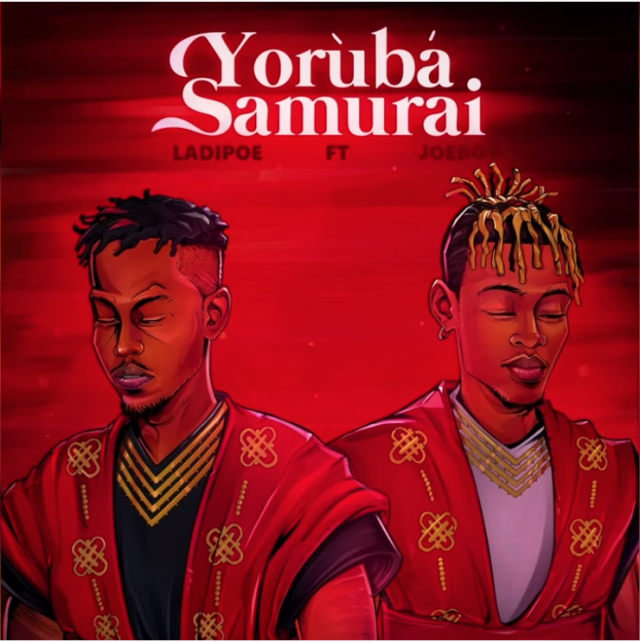 “Yoruba Samurai” by Ladipoe featuring Joeboy…. With his two 2020 singles still buzzing and enjoying massive streams with airplays Ladipoe returns with a brand new jam. This time around he teamed up with fast rising African pop star, Joeboy to deliver this and record another Hit!

So far, so good Ladipoe has been enjoy 2020 with his first and second release; ‘Know You’ and ‘Lemme Know’ respectively. KNOW YOU featuring Simi is a song that talks about two opposite sex friends who wants to be more than just a friend. They both feel something special for each other but tend to restrict their emotions because they tends to still be strangers who know little about themselves. Yet Love still find its way around. This song grew on everyone and turn most music lovers favourite. Within a short period of time the audio received massive streams. During the Total lockdown earlier this year many where vibing to the record, ranking high on digital stores charts and been number one song on the Tik Tok App. LEMME KNOW Remix on the other hand featured Teni Makanaki (Sugar Mummy of Lagos), the record sees both act giving us cool hip-pop (Rap and Pop) vibes.

Riding on the success of both singles Ladipoe follows up with this new single “Yoruba Samurai“. The record is a perfect blend of Rap and catchy R’n’B pop delivered by Joeboy. On it Poe raps about going to War for his lady and making her his priority. Shares what makes A Man A Yourba Samurai and not a demon, saying A Yoru?ba? Samurai believes in emotional intelligence, has just one chick by his side and stays Loyal.