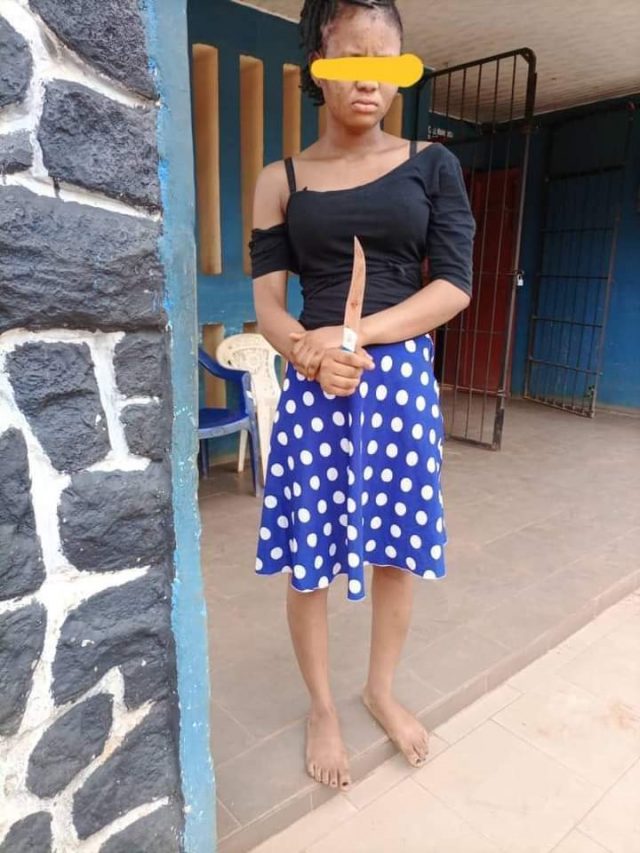 On 2/9/2020 at about 10:10 Pm there was a report of an alleged murder of one Eleyi Azubuike “m” Age 29 years of Ochiagha street in Idemmiri North local government of Anambra State by his girl friend one Onyinye chime “f” 25 years, from the same Ochiagha Nkpor, inside his room.

Following the report, Police detectives attached to Ogidi division led by the DPO CSP Ekuri Remiguis visited the scene and rushed victim who was found in a pool of his blood to Iyi enu mission hospital Ogidi for medical attention where he was certified dead by the medical doctor on arrival. Corpse was deposited at the hospital mortuary for autopsy

meanwhile a careful observation on the deceased body revealed stabbed wound on his chest while a blood stained kitchen knife was also recovered as exhibit at the scene.

meanwhile, Preliminary investigation revealed that the deceased allegedly impregnated the suspect and wanted an abortion which she declined…..