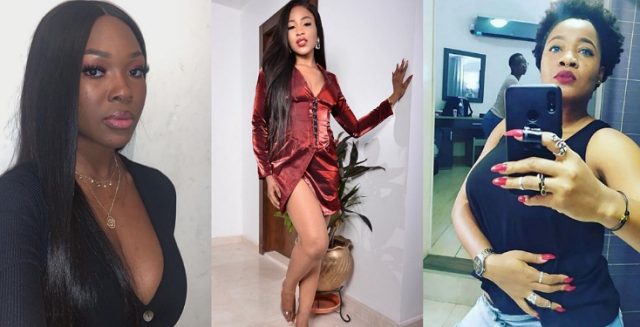 Erica has complained about Lucy and Vee who he alleged were trying to get her disqualified from the reality show.

Erica was issued a second strike recently by Biggie. Any altercation with any housemate or disobedience of any house rules from her will result to a third strike and disqualification from the BBNaija season 5.

Erica, during her diary session on Friday evening lamented that Vee and Lucy were making things difficult in the house and trying to make her get disqualified.

She explained that Vee has been making side comments and not cooperating whenever the house has a task.

She said the argument with Lucy on Thursday was also targeted at her in order to get a strike.

Erica said: “I’m not feeling so good because I feel I have not done well as Head of house. I’ve been breaking rules eg whispering, and some housemates are trying to frustrate me to get a third strike.