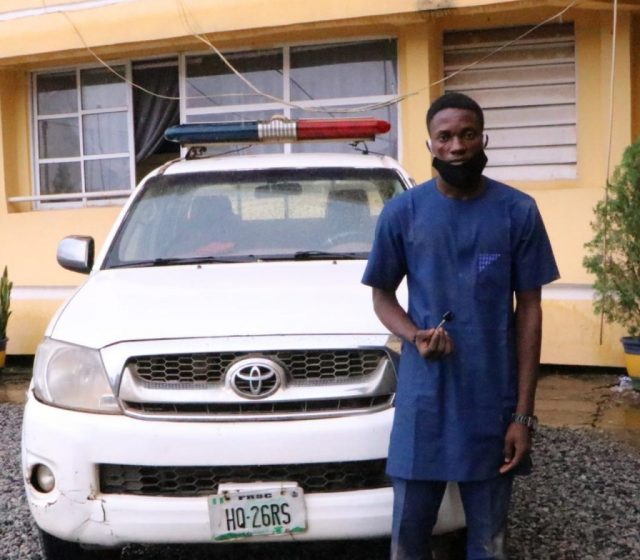 The FCT Police Command has arrested one Hamisu Tukur for allegedly stealing a vehicle belonging to the Federal Road Safety Corps (FRSC).

DSP Anjuguri Manzah, Police Public Relations Officer, in a statement on Sunday, said the 25-year-old was apprehended at the outskirt of Bwari.

The vehicle was stolen at Sky Memorial Complex in Wuse Zone 5.

The spokesman said a distress call was received by the FCT Police Command’s control room on Saturday.

Tukur was intercepted by Bwari Division police operatives during a stop and search operation.

“The exhibits recovered from the suspect are: one white Toyota Hilux-HQ-26RS and a single key”, Manzah said.

The suspect will be arraigned in court after the end of an investigation.