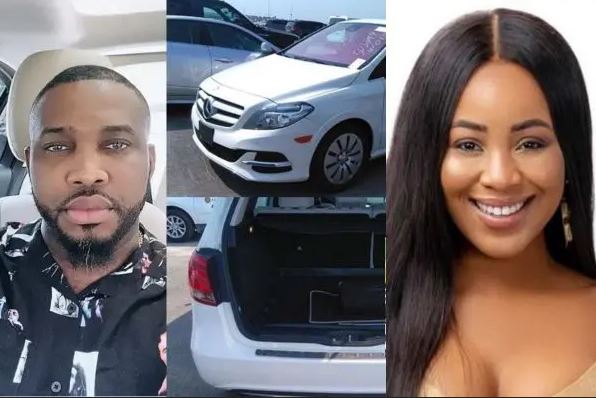 A car dealer named Chidi Mike who is the CEO of Chidi Mike Cars (CMC), has promised to gift Erica a brand new Benz and N2 million cash.

Erica was yesterday disqualified from the BBNaija house, after breaking multiple rules.

Following her verbal abuse on Laycon after yesterday Biggie organization decided to disqualify her for breaking the house rule.

According to Biggie, Erica’s actions demonstrated a flagrant disrespect of the rules. This was compounded by the fact that she is HOH in addition to the final and last warning she got last week.

Erica is the first Big Brother Lockdown housemate to be disqualified from the show. Biggie stated the rule and regulations of house, which she was found guilty of breaking the rules.

Biggie listed all Erica’s offences; ranting at Laycon last night and preventing Prince from sleeping on the HOH lounge. Infringements include pouring water on the bed, depriving DHOH of the bed, goading a h-mate which might lead to physical violence.

Following her disqualification, one of her prominent fans on social media, Chidi Mike who is the CEO of Chidi Mike Cars (CMC), announced that he would be gifting her a brand new car and 2 million Naira.

Sharing a picture of the new whip, He Wrote;

“Disqualified or not, you are still my winner, 2 million naira Cash and a car is waiting for you”.

Fans have also started a GoFundMe raiser for Erica, they want the funds raised to be used as compensation for her losing out on the show’s prize money.